All pictures on this site are protected by (c) Andy Borgonjon

Meeting for the walk

Ok, you contacted me and now we need to meet.

Here is the information on where to meet me. 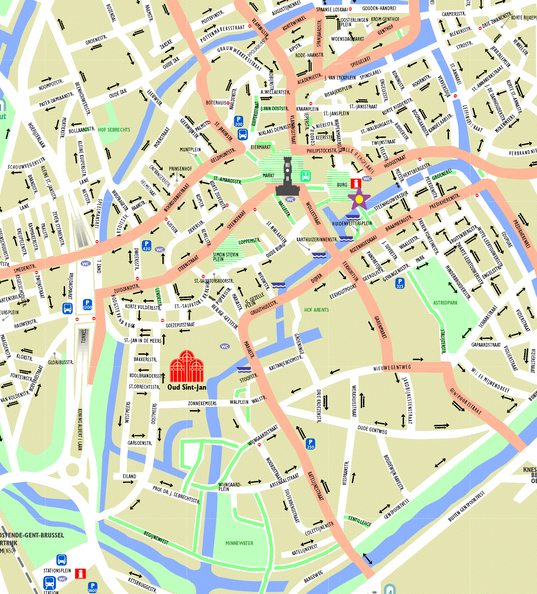 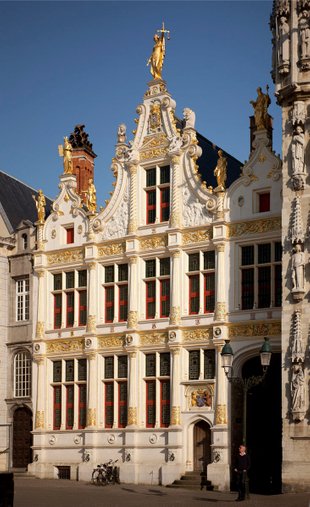 The golden building you see on the right is located on the Burg square. That is the same square of the Basilica of the Holy Blood and City Hall.

On the map (left) you see a purple star with yellow dot in, that is where the building is to be found.

I'll be waiting in front of this building. To recognize me, mostly I wear a yellow polo and a top hat (so easy to spot as I'm the only one).

Sometimes people come by cruise ship. These ships dock at Zeebrugge (Seabruges) and that's about 18km (11.8mi) from Bruges.

Most of the times there are taxi's waiting when a ship arrives. A one-way ride to (or from) Bruges is about €50 per taxi (not per person).

From the view, just around the corner (left turn). 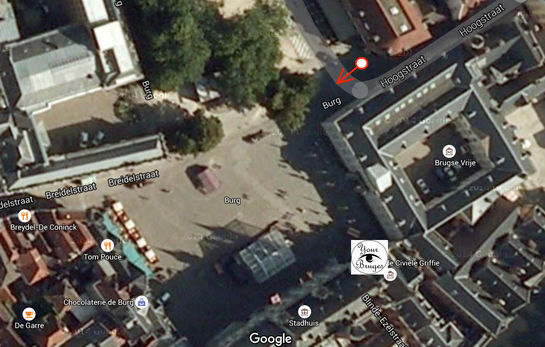 Sometimes people arrive by train and need to find a quick way in the city.

I know using public transportation can be difficult, but let me help you!

Leave the train station, in front of the station you'll see a lot of busses arriving and leaving. But which to take.

Below you see a topview of the train station. The blue arrow is the main exit. The station is marked with red.

The orange marked area is the area where the big busses, going to surrounding towns. You don't need these !

The green area is where smaller busses stop. Those are the ones you need to get to the center of the city.

Get on any bus with the number 12. Careful, there's a number 12 going to a place named "Katelijneparking". Don't take that bus.

Ask the driver to warn you when you're close to the Market square, they're friendly (generally). You get off there. Then it's less than 5 minutes walking to the meeting point. See the map below for a details on where to go to.

The green stars are the spots where the busses stop. The green line is how to walk to find me. 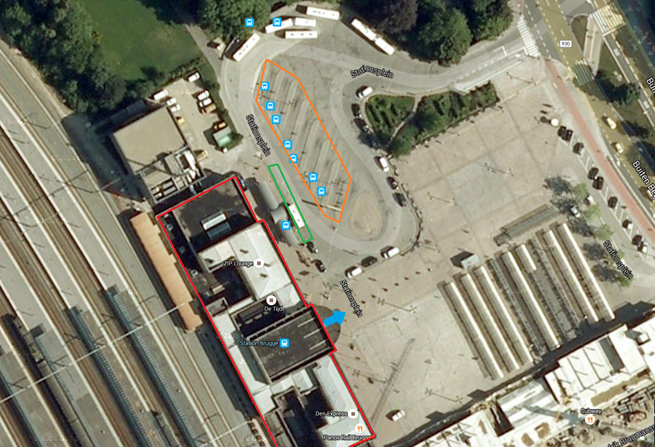 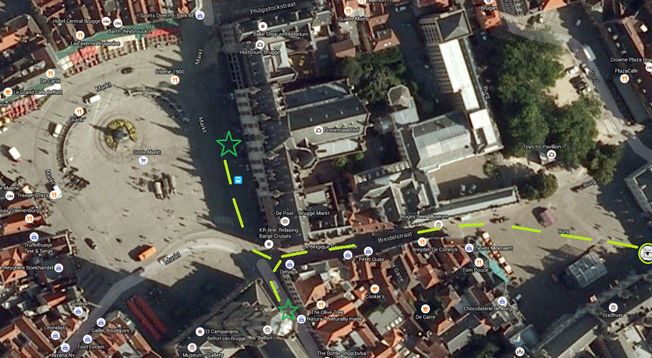